In April 2021, the Milwaukee County Zoo welcomed a new gorilla troop made up of females Dotty and Nadami and male Oliver. While all of the animals at the Zoo are distinct in their own way, Oliver has a characteristic that makes him particularly unique: he is hearing impaired, the lasting effect of a fever he had as an adolescent. The extent of his impairment is not fully known, but his keepers suspect he’s completely deaf. Though he otherwise recovered from his illness, his hearing loss created some initial challenges.

Through his early years of life, Oliver was part of a bachelor group of gorillas, and his keepers noticed he’d occasionally be teased by other members of the troop who could sneak up behind him. Thankfully, when Oliver began living with female gorillas, he was able to enjoy the typical social life of a male gorilla. “Because gorillas communicate so well using facial expressions and body language, he seems to do really well at leading the girls in his troop,” says Dawn Kruger, Milwaukee County Zoo zookeeper.

“The females mostly respect his place as the silverback.”

Oliver’s keepers take small measures to keep him comfortable. Notably, they make sure they get his attention before shifting to avoid startling him, and they rely on consistent eye contact when communicating. Other than that, his care is essentially the same as the other gorillas. “When training the gorillas, we pair a verbal cue with a visual cue to signal the behavior we want,” says Kruger. “In theory, we don’t need to talk to Oliver, but we still do.”

Oliver has also learned to take various cues from Dotty and Nadami. For example, when he notices they get up to shift to a new exhibit, he gets up too. He’s also an excellent judge of time and anticipates the various phases of his daily routine. Oliver’s quality of life is a testament to both the exemplary care of his keepers and his inner fortitude; his ability to thrive through adversity is an inspiration to us all. 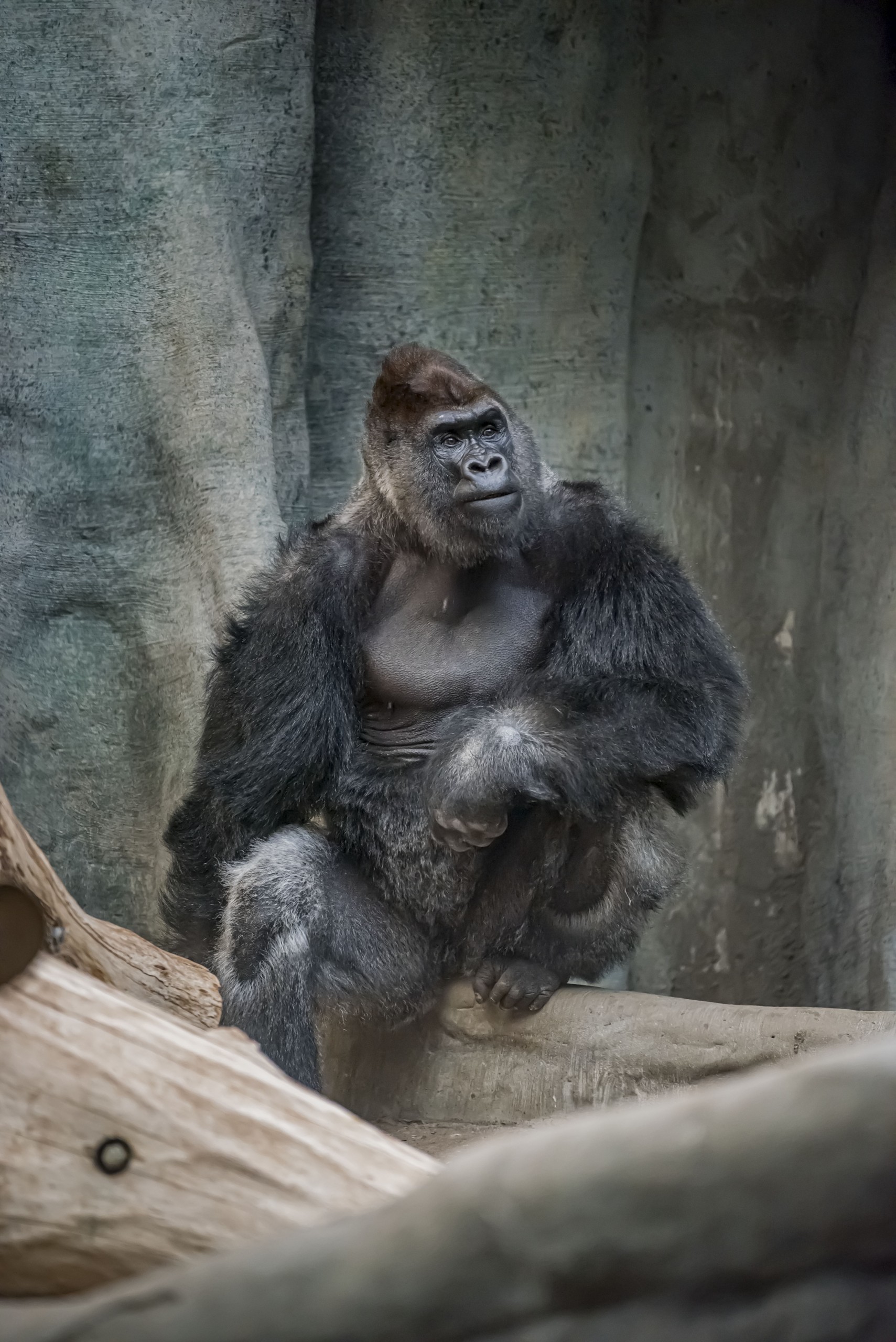